Read more about the very important role of the parent

Stieneke Poot, recently introduced by a colleague as “the teacher who enchants children and violins”  has been teaching violin to hundreds of 6 till 8+-year-old violin beginners, as well as adult beginners, for some 40 years and they all remember the cozy and joyful group lessons and the rapid progression through the Suzuki-books.

In the Suzuki Method, children thrive in an environment of parental support. Suzuki students develop confidence and self-esteem, determination to try difficult things, self-discipline, and concentration. As well they acquire a lasting enjoyment of music, and the sensitivity and skills necessary for making music.

Parent involvement as “Home teacher”
Parents play an active role in the success of their children as “home teacher” and are always amazed when their child plays the famous Vivaldi or Bachs Double Concerto within 3 years. They wonder how that was possible, year after year….

Gypsy repertoire
Source of infinite joy and excitement are the Gypsy Pieces, introduced by Herr Schaefer who used to come several times a year to reveal more exciting Gypsy repertoire to the Riouwstraat pupils. The songs are built up from very simple parts and playable from day one, where the most advanced students enjoy excelling in the virtuoso parts. However musically rewarding the Suzuki-books are, if the children had it their way: they would only play Gypsy music! Juffie Stieneke has taught these Gypsy pieces in Durban and Pretoria, South Africa in 2 township’s orphanages as well at IU in Bloomington, Ind and Brooklyn College and the Lucy Moses School in New York City. More recently in Indonesia and Capetown.

Regular performances reduce the fear of failure
Performing for audiences is a central part of Stieneke’s method, so her students have no fear of failure. Each new piece is a concert piece, learned by heart or after the initial 6 months by reading from the music, and ALWAYS performed without notes in front of an audience.

Practical understanding of music theory
Understanding the harmony of what one plays is essential to musical intelligence and performance and is taught from the very start. The necessary violin technique needed for Vivaldi and Bach violin concertos is wrapped up in first month/year games already.

Jokes and games in the lessons
The lessons are full of play and humor and musical jokes and the accompanying parents learn how to become efficient Suzuki Parents. Many parents decide to also learn to play violin simultaneously with their child, in the same lessons, and some manage to keep up the high tempo of their child..

Preparing for the Cito test, or doing well academically
Children who learn the violin and play virtuoso pieces within a few years also do very well in the CITO tests and in high school – so the investments in violin-time and -lessons prove to be good ones!

The group of new children will start on the first day of the new school year: Monday,  at 4.15 in the Boulevard.
In October they will have their first Gypsy Academy project: a period of 2 weekswith a concert at the last day of those 13 days. Outside students could join on Mondays and Thursdays from 4-5 and perform their first Gypsy concert mid-October.
Same for a period beginning in February, resulting in our festive Valentijn Concert on the second Sunday  after the Workshops on the first Sunday . At that moment they will play their important part in almost all the many Gypsy pieces. And the same for the third period in June, resulting in one or – like this year – two concerts in FESTIVAL CLASSIQUE. ( quite an honor!!) .
By then they will have learned to play with low second and high third fingers so they are then playing again new gypsy pieces.
You are cordially invited to attend one of this year’s Festival Classique concerts behind the Kurhaus at  Gevers Deynootplein, where the children will perform in gypsy clothing.
You could check anything we do on the agenda of this website

Acknowledgments
The kids need to be trained well from the very beginning. The role of the parent is to come to the lessons and practice every day with the child and to create a positive environment.There is no testing of the children other than making sure the child is ready and eager to learn. Maybe parents should be tested?!
The triangle parent-child – teacher is very important.

No method is complete. Supplements are thrown in from the very beginning.
When a child is set up well, he can play violin till a high age, and the memory is set up for life! In the integrated Riouwstraat method the ear is trained to great sensitivity.
That is why they can memorize hours of music within 3 years ….

Dr. Shinichi Suzuki  (1898-1998) caused a revolution in the violin world. His father made violins and he sent his son to Europe to become a better violinist and teacher, so he would sell more violins!

Paul Rolland wrote a method for American Children because he was upset with the very low level of string playing in his country. How to hold the bow, how to shift, how to use the body in the most natural way? Juffie Stieneke uses what these great men came up with and adapted it for her own students in The Hague

And Mimi Zweig’s greatest contribution to Stieneke’s integrated method is to develop a non-judgmental attitude.

All these things are incorporated into the weekly lessons and intermingled with humor, so the children  – and their parents –  understand what needs to be done. 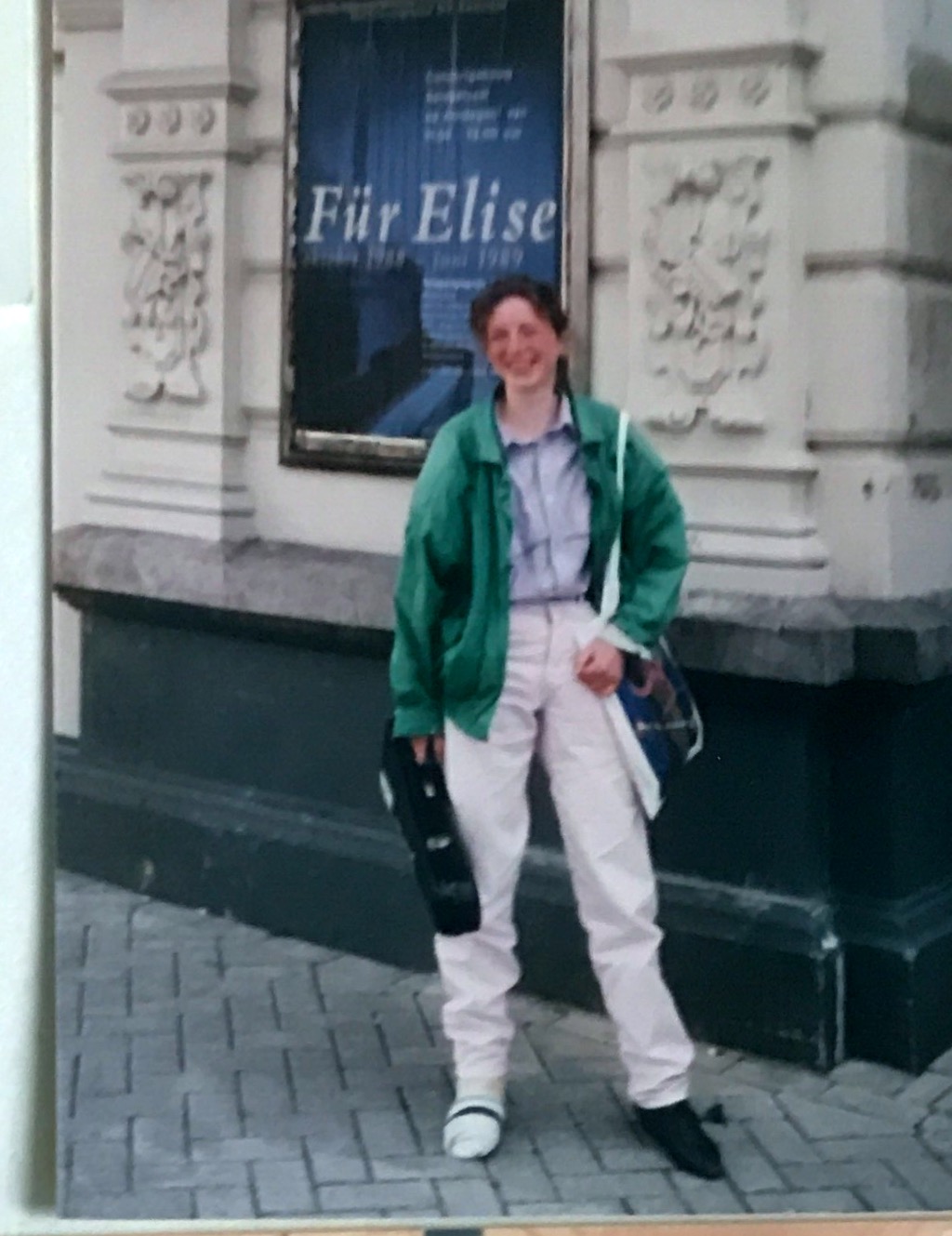